The main point of the episode is that despite tremendous poverty, from our perspective, there were quite serious and capable efforts to alleviate the worst poverty. At the local level. Interestingly, Puritans tended to be better and more motivated at helping the poor than standard Anglicans and Catholics. This would be consequential in the century to come because when the poor were finally included in important decisions during the Civil War they would have a lot of radical ideas.

We see superior elites in Britain and the United Provinces compared to France and Spain. And life for the poor could also be quite different.

We also need to understand the geographic mobility of the poor. The example of the study on the village of Terling demonstrates this dramatically. We need to understand that people generally left home to find work under the practice of “sending out.” Then they would try to establish themselves so they could marry and raise children. It was therefore very common that the aged poor did not have a child living with them to support them, even as early as the 16th century. We can only speculate about the time period before Cromwell orders parishes to keep these detailed records. The aged poor and others were kept alive with locally provided pensions. However, this was all very personal, even though their was what looked like an administrative structure. The personal element allowed for the inherently subjective determination of the “deserving poor.”

The kinds of discussions people had in the 16th century over who should get how much welfare, are very similar to discussions had today.

This form of welfare provision replaced the work of monasteries. It was also unique to England. 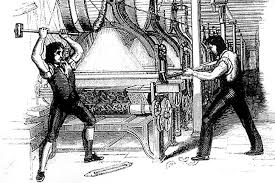 The Parish Administration in England during the 16th and 17th centuries.

Jon Elster’s book on France and the status obsession.

Link to the podcast